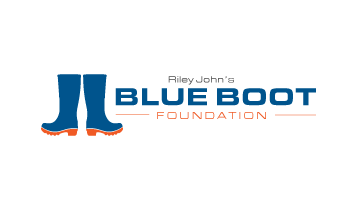 Saturday June 30, 2018, a day that will live in infamy for our family was the worst day of our lives. Mr. John, the Acadian helicopter pilot, assured me of this as he picked up Riley and I and transported us to Children’s hospital…and it was.

About an hour prior to this, Riley slipped away from our watch and was found in the neighbors swimming pool. He was immediately taken out of the pool and CPR was administered. First responders arrived and took over the tragic scene. As I watched my sweet little Riley lying there, lifeless, praying, praying, and praying to God, I thought to myself, I don’t want another person to have to go through this agony. Over the next 2 days in the PICU at Riley’s side, we were waiting patiently as our own hearts were being ripped out of our chest, praying for a miracle. Riley decided to go on his next adventure to climb the pearly gates at 10:12 pm on Monday July 2, 2018.

Friday July 8, 2016, was the day Riley John Bourgeois graced us with is presence here on earth. He was the second of his brothers and the runt of the litter but that surely didn’t let that stop him. He was full of life and fearless. He was faster than anyone his age, climbed anything and dug in everything. He was always on an adventure. Even though his time here on earth was way too short for our wanting, it was plenty of time for him to leave a huge impact on everyone’s heart…even those he had never met. His infectious smile left an imprint to all.

In the days, weeks, and months that passed we noticed that Riley’s passing did something not just to his family, but also the community. He brought everyone closer together and closer to GOD. In less than five days, the news of Riley’s passing reached more than 36,000 people in 21 countries and 49 states. Over 1,200 people attended his funeral as everyone did their best to celebrate Riley’s life. Father PJ said it best, Riley was going on one his adventures to have fun. With his free spirit and inner drive, he did not know he was in harms way. Riley was going to do what Riley wanted to do.

In essence, Riley gave meaning to the word “Life” here on earth. He lived it daily the way all of us wish we could. Now he is celebrating his eternal life in heaven, where we will meet again in God’s time. Forever in our hearts and always on our mind.

As long as poverty, injustice & inequality persist, none of us can truly rest. It doesn’t take much to change a life, Get in touch today and start making the difference.